Symptoms, Cause and Signs of a Sprain 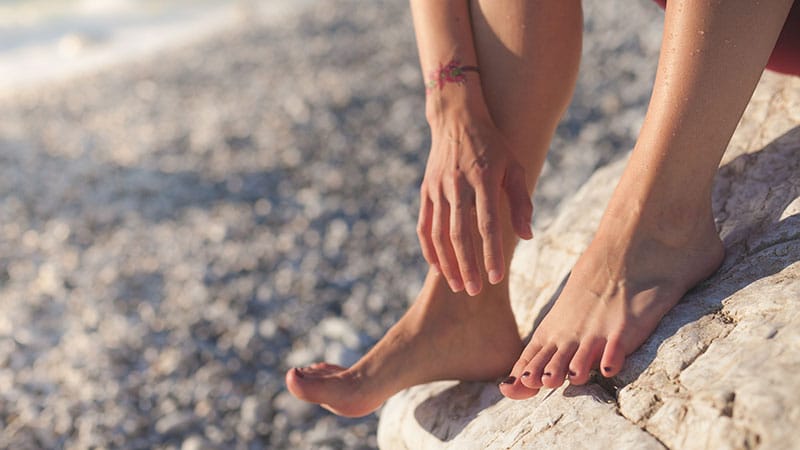 A sprain which is also called as a torn ligament appears to take place when the ligaments in a joint are damaged and is caused by the restless functioning of a bone or can also be caused by a trauma. The severity ranges from a minor injury to a major one where the person requires surgical fixation because of a major rupture of the ligaments. This would also require a period of immobilization and the occurrence will be mostly in the wrist and ankle.

Sprains usually occur when it exceeds the functional range of motion. Factors which can increase the risk of sprains are as follows.

A physical examination is done by the doctor based on the method of injury and the clinical presentation. X-rays are preferred by the doctors in some cases to check if there is any fracture in the joints. Sometimes, (MRI) magnetic resonance imaging scan is suggested by the physician to check the ligament and surrounding soft tissues if in case the injury is prolonged.

Sprains can be classified into three-

Sprains can occur anywhere in the body. But the most common places where this is experienced are the following-

The interesting fact is that the sprain can be remembered with the first modality using the acronym RICE. The treatment actually depends on the severity of the injury and proper medications are given which can relieve the pain. RICE is referred to Rest, Ice, Compression and Elevation. Without any rest, there will not be any progress in the condition. Ice and the compression will not completely reduce the pain and swelling but can help in minimizing them. The sprained joint must be elevated to minimize the swelling and this would help to recover soon.